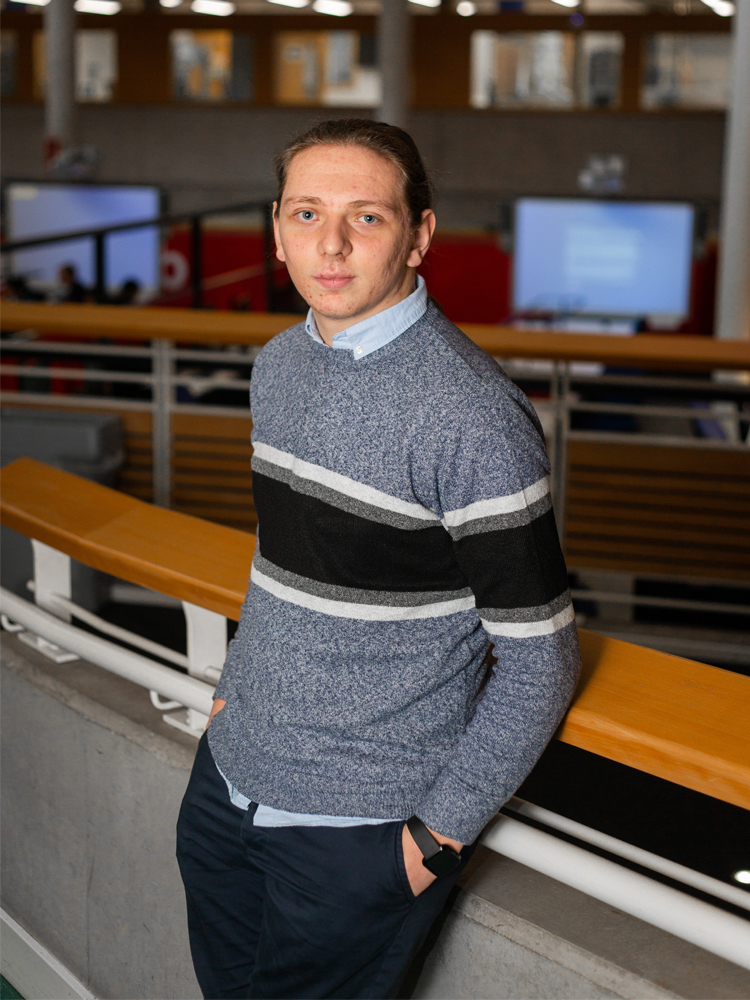 Emanuel Gheorghe joined Saggezza as an associate developer in June this year, after graduating in Game Development from the University of Sunderland.

After studying computer science in his home country of Romania, Emanuel decided to pursue his passion for game development and moved to Sunderland to make a career out of it. He hit the ground running and won an award in his first year at university for best game development student.

Emanuel said: “I’ve always been passionate from a young age about creating puzzles, which led me to writing code and making games, because games are really just puzzles that the player solves.”

It was during Emanuel’s second year at university that he visited the Saggezza office as part of a university module, where students could meet developers and find out more about their job roles and projects. It was here that Emanuel’s passion shone through and he went on to secure a year-long placement with Saggezza.

After his placement year, he stayed in touch with his colleagues at Saggezza and contacted them about an idea he had for his final year project, which was an app that gamified the way in which Saggezzians submitted their time sheets, with avatars, leaderboards and reward badges.

Now that he has finished his studies, Emanuel has returned to Saggezza, and is almost at the end of the Tech Track six-week programme, which was set up to support graduates in applying what they learned at uni to the world of work.

Emanuel said: “It’s been a very friendly environment from the start, and what stood out for me initially, is that Saggezza puts a lot of effort into collaboration with the university and even teaching its own employees. They invest in your skills, which is something I didn’t see a lot of other employees do.

“From day one, they will help expand your current knowledge and there isn’t a feeling of hierarchy. If you’re a graduate junior, you can get in touch with the CEO in just a few clicks. Everyone is connected.”

Happiness for the Holidays

“Heartland Alliance, one of the world’s leading anti-poverty organizations, works in communities in the U.S. and abroad to serve those […]

Veera Budhi grew up in the West African country of Benin. Born in India, he moved back for his secondary […]