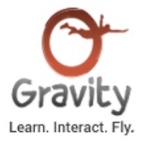 Lift Off for 0Gravity Coding Club

NEXT GENERATION tech talent is set to soar in Sunderland, thanks to a newly launched coding club inspired by a group set up almost 5,000 miles away.

Global software solutions company, Saggezza, based at the Sunderland Software Centre, saw 15 young people from in and around the city attend the launch of its 0Gravity club, which had rolled out an invitation to local 8 to 11 year olds to learn more about coding and the digital world.

The club – which will be running until March 26 – works with young people every Monday evening to teach them the technical skills to expand the popular game Minecraft, by using java and a system and course called Code Kingdoms.  It is hoped the club will inspire the next generation to take an interest in technology, and spark a desire to pursue a career in the growing IT and digital sector in the future.

The idea for the group came from a similar collective set up in India by 14-year old Krish Samtani, who was on hand at the launch event to explain the impact it has had in India.

Martin Williams, Saggezza’s UK managing director, said: “We are absolutely thrilled that the first 0Gravity has proven to be such a success so far, and we already have a waiting list of more than 20 young people who are keen to be part of the next cohort, which we are committed to running to support the development of young tech talent.

“Software is a fast-growing sector in Sunderland and the North East and it’s in our interest – and the interests of all growing tech companies – to do our bit to ensure the North East has a strong pipeline of skills coming through.  When people join us at Saggezza, we are – first and foremost – looking for passion and enthusiasm – the rest we believe can be taught.  So, if this club inspires young people and gets them interested in the sector, we could well be looking at future employees of this company, in ten years or so.”

Saggezza, which has a growing team in Sunderland, as well as having offices in London, the US and India has been supported by Sunderland City Council throughout its growth.  Councillor Harry Trueman, deputy leader at the council was on hand at the launch event to talk to the young coders about the opportunities that exist for them in the city.

He said: “Sunderland is enjoying fantastic success across its thriving tech and digital sector, something that was recognised in a recent Tech Nation report that named the city as having the second fastest digital turnover growth in the UK, outside London.

“The knowledge economy here is one that we expect to grow and grow, and with that, the skills base that exists in Sunderland will need to be nurtured – something that Saggezza has clearly recognised.

“It’s fantastic to see the business taking such a proactive approach to developing talent, and looking for a fun and engaging way to excite young people about the industry.  I look forward to seeing many of these young coders pursuing a career in Sunderland’s burgeoning software sector in the future.”

Git Is Cool – and a Must – Introduction to Git

As most developers already know, submitting code to a version control system is an extremely crucial task. Many developers usually […]