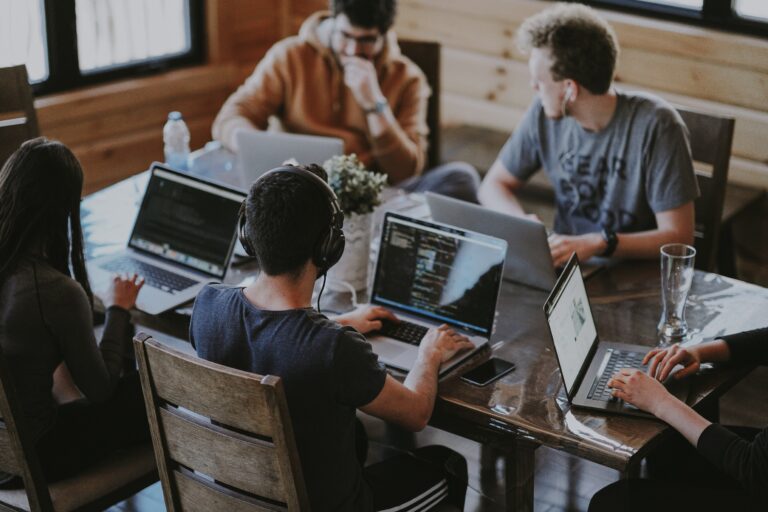 What Does Technical Excellence Look Like at Your Organization?

In 1967, computer scientist Melvin Conway made an observation that became known as “Conway’s Law.” He stated that systems engineers will always base their designs on the communication structure of their company.

Conway’s Law isn’t a new insight, but business leaders rarely take it into consideration in their organizational decision making. And yet, remembering it could be the difference between achieving technical excellence and technical mediocrity.

So what kind of company structure makes for technical excellence? In this article, I’ll look at why the typical top-down set up might be getting in your way. Then I’ll talk through the benefits of inverting power within your workforce and explain how collaboration and empowerment can maximize your success.

How Your Company’s Structure Can Be its Own Worst Enemy

If your company is like many others, you probably have a top-down hierarchical structure where big decisions come from the top and where people are rewarded for their individual success with individual recognition, money, or power. That’s the traditional, familiar model.

But when success celebrates the individual, employees focus only on their own advancement. They have blinders on – they block out how their work affects others.

This approach can create perverse incentives: people may be rewarded for doing things that actually prevent their colleagues from meeting their goals.

It does, until you consider that infrastructure doesn’t want software to push out code too quickly because it might break the product. And security wants to minimize the risk that new code exposes the company to viruses.

This dynamic is bad for the company. People aren’t rowing together in the same direction because they weren’t incentivized to achieve the same goal.

In addition to preventing growth and innovation, this setup can breed resentment within organizations, which further impedes the kind of cooperation needed to achieve big goals.

Company-Wide Teamwork Is Your Ticket to Success

So how can organizations with a traditional, top-down hierarchy avoid having internal teams work at cross purposes? Restructure your organization so that every individual’s goals align with and contribute to the goals of the organization as a whole.

Think about a football team. You wouldn’t say your team won a game just because your defense stopped play after play. Your offense has to score, too. Both halves of your team have to work together to win.

Start rewarding helpful behaviors in and of themselves, and you’ll lay the groundwork for a much healthier culture.

To maximize the positive effects of teamwork, leaders have to let go of their role as top decision maker. Instead, they must empower their employees to determine the right path together.

Empowering your employees requires inverting your company’s power dynamics to give teams and individuals more agency. Instead of direction solely coming from people at the top, let your teams – the ones actually doing the work day to day – lead.

This can be intimidating for a couple of reasons. First, it may seem like you can’t empower others without reducing your own power. But that’s just not true. That’s not how power works.

And then there’s the fact that room to act also means more room to fail – and that’s okay. In fact, failure is an essential part of the practice of innovation. The leader’s role is to create an environment where failure is not only allowed but even expected as part of the journey to success.

Think about a company trying to protect its revenue from an upstart in the industry. If your employees are constantly waiting for direction from the top, your company won’t stay ahead.

But if your culture fosters creativity, your teams will innovate on their own. They’ll care more about their work. And when that one spectacular light bulb blinks on, they’ll run rings around the competition.

The Value of an Empowered Team

Here’s a quick history lesson to illustrate how culture can make or break your company.

In 1806, Napoleon Bonaparte’s French revolutionary soldiers steamrolled the seasoned Prussian army, despite being badly outnumbered. How? They were empowered to make decisions and take action on their own when orders didn’t come through, and they communicated to each other about their movements.

The Prussian army, though strong, was trained only to take orders.

When organizations are structured to foster teamwork and empowerment, your company is able to adapt faster to changing conditions – and we live in a world of extremely rapid change.

And don’t forget about Conway’s Law – I led this article with it for a reason. When you strengthen your company culture, you’ll notice how easy it is to strengthen your code down the line. A culture of empowerment is key to technical excellence.

We’d love to talk with you about where you are now and how you can identify where making small changes will yield big impacts to your bottom line. Get in touch today to start the conversation.

Frank leads our Technical Excellence practice. He is an expert in creating consistently effective, self-managing teams that deliver high-quality, value-added software in a timely manner. He is particularly passionate about helping certain clients to leverage technology to its fullest. Prior to joining Saggezza, Frank was a consultant for high-level companies in Chicago.

A national restaurant chain sought to modernize their digital presence by creating a customized website that optimizes the user experience.