Saggezza is now part of Apexon

You will now be redirected to Apexon.com 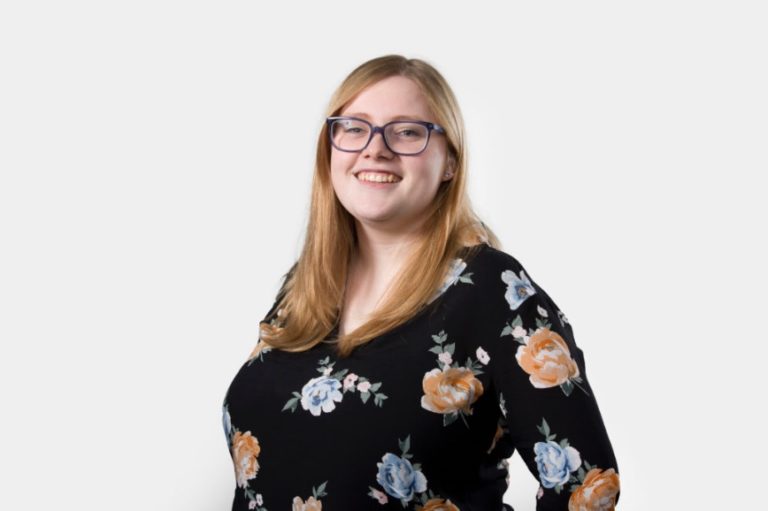 PICTURE A CODING BUSINESS.  NOW PICTURE ITS TEAM…  POSSIBLY, AND PROBABLY, YOU WOULD IMAGINE THAT TO BE PREDOMINANTLY MALE.  AND YOU’D BE RIGHT.  OVER 75PER CENT OF EMPLOYEES IN THE TECH SECTOR ARE MEN.

LOUISE BRADFORD SPEAKS TO NICOLE ROBSON FROM SUNDERLAND TECHNOLOGY BUSINESS SAGGEZZA, ABOUT WHY IT IS IMPORTANT THAT THE INDUSTRY WELCOMES MORE WOMEN INTO ITS WORLD.

“Geeky men.  I think that’s still what people think of, when you mention that you work in tech.

“They don’t expect to see women in the sector, and I think that’s why, so often, young women are put off pursuing it – because they’re guided by stereotypes.”

Nicole is not a geek.  Nor is she a man!  At 22, and a recent computer science graduate, Nicole is a new breed of tech employee, carving out a career in a fast-paced sector that employs more than 29,000 people in the North East.

“I am lucky that the company I work for absolutely wants to see more women in tech, and is doing what it can to find and nurture talented young women who want to enter the sector.

“It’s important that more businesses do this.  We’re out there… women who like technology.  We do exist!  We’re just often led away from the sector, because people’s idea of what the industry is like is outdated.”

Nicole joined Saggezza – a Sunderland Software Centre-based company that provides software solutions for clients including one of the world’s largest private investment banks and a global credit card brand – in July 2016, and has quickly progressed from an associate to a lead analyst role.

“I don’t think being a female has held me back in my career.  Saggezza has been really supportive and I have been able to quickly progress, which has been amazing.

“I would say to other women who might like tech, but think it is a career for men, to go for it.  So many people said “why are you thinking about a career in technology” or “why don’t you do something like English”, and I think that can influence people.

“It was almost a career that passed me by when I was deciding what to do, because technology was such an afterthought.  I think I had ruled it out without even knowing it. When I heard about careers available and learned more about the size of the industry in the North East, it just clicked.

“I had been building computers since I was little.  I loved tech.  So why wouldn’t I pursue a career in it?” explains Nicole.

“I was one of only two girls on my course at university, in a cohort of about 80.  It’s strange, really, because there is nothing stopping women from going into the field. We can do the job! I think universities and businesses have a role to play in getting out there and speaking to young girls in particular, about the sector and what roles are available. We’re trying to do that at Saggezza, and I think others should too.”

With a fast-growing portfolio of work and a commitment to expanding its footprint in Sunderland, Saggezza is working on a long-term strategy to attract its future workforce, and diversity is central to its aim. 0Gravity, an innovative new coding club for 8-11 year-olds is a key part of that. Originally set up in India, the brainchild of a then-14 year-old boy, Saggezza adopted the club as its own and is using it to deliver training to young people that will help the business spur on the development of future talent.  It uses the hook of Minecraft to teach kids about coding, and it’s proven popular already – including with young girls, with an almost 50:50 split.

“We’re in the middle of our first 0Gravity coding club, and we have a waiting list for our next. It’s essentially a chance for young people from the local area to engage with tech.

“It’s great that lots of young girls are taking part.  Hopefully it sows the seed from an early age, that a career in technology is possible.

“I’m still in the minority at work, but I am sure that will change thanks to projects like this.”

With plans to add 30 new roles to Saggezza in 2018, and after seeing its client base rapidly expand, Nicole is looking forward to more females joining her to take up roles with her growing employer.

“I think the industry is changing, and I think, with more role models coming through, young girls will be able to see that this is a sector they can succeed in. Because they can.”

What Is a Salesforce Architect?

Whether you’ve already completed your Salesforce implementation and you’re still waiting to see the ROI you were hoping for, or […]