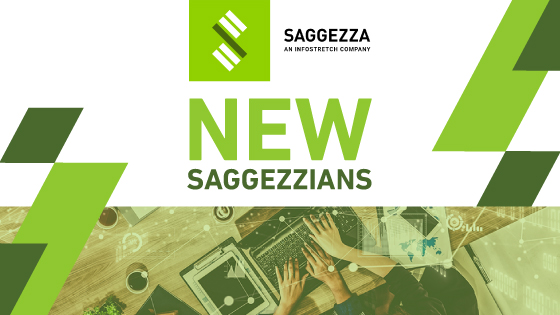 Yash Mehta is an associate software consultant with Saggezza.

He joined the company in February, having decided on a move into tech after graduating with a MSc Advanced Computer Science degree from the University of Leeds.

Yash believes that more people with a background in mathematics should consider a career in technology, with his own skills seamlessly transferring to his new career.

“Mathematics is a subject which is not only used to calculate data, but also plays a great part in developing problem-solving skills,” says Yash.

“I studied Artificial Intelligence, Data Science and Machine learning which included heavy mathematics during my Postgrad.  Coming from a computer science background, mathematics is the foundation of every logic we build or algorithm we write. Programming is an amalgamation of using calculations and problem-solving skills.”

Yash believes that showcasing more examples of people who have applied their skills to digital roles will inspire more people to make the move to tech.

“I still remember the day I decided to opt for STEM. I was in my 7th grade and was writing my first multiplication code in C. It was fascinating for me to see how IT and Mathematics were used together to create a simple program.

This fascination led to a curiosity on how many other fields I could merge along with IT and maths to create something amazing.  It was that day, I decided that I was going to make my career in IT and invent something that can be revolutionary.

“While working with clients, we are given a subset of the task to create a solution for it. While designing the solution we do analysis, write algorithms which make use of loads of calculations with the help of basic and advanced mathematics along with our problem-solving skills,” explains Yash.

“If someone is from a maths background has ruled out a career in tech, I would say to them that they’ll be amazed how much we make use of different mathematics principles in data analysis, consulting, and development.

“Saggezza is a fun company and environment, where there’s no cap on your creativity, where you can be yourself, explore and experiment and know that other team members will be there to support you and your growth.”

If you’re having trouble converting leads on your website, your first move might be to look at ways to improve […]

A Fortune 500 company, a global provider of Print, Digital and Supply Chain Solutions, faced difficulty in keeping up with changing demands and new opportunities in software development.